One of the most sought after lenses. New and unused in its original packaging!

For over half a year this lens has been rumored through various forums. And when it was finally available – it was sold out! Due to the strict limitation of 100 pieces, each Leica store only received 1 copy. Despite the unknown price, the "orders into the blue" were immense.

Generally speaking, the current LEICA Noctilux-M 1.2/50mm ASPH. is based on the lens originally produced from 1966 to 1973, but is equipped with modern lenses and coating technology.
Leica itself says that the character of the classic Noctilux 1.2/50mm has also been retained in the new edition, but that the new lens also meets the requirements of modern, digital M cameras. 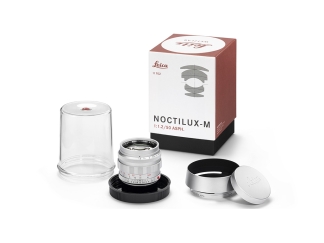